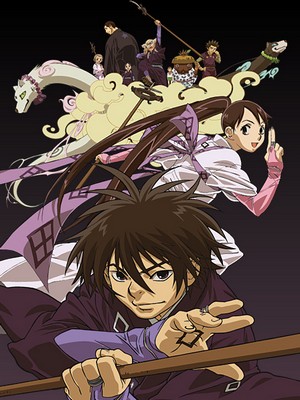 Plot Summary: Sumimura Yoshimori is a normal 14-year-old middle-school student, though he always falls asleep in class. This is however due to his night duties, in which he takes on the role of a Kekkaishi (Barrier Master). Together with Yukimura Tokine, his neighbour and childhood friend (/sweetheart), he serves as a protector for the school which holds a few ancient secrets. These secrets are slowly being unraveled, which may play a role in Yoshimori's ultimate plans.